This is how Jacqueline Elizabeth Letalien began one of her four story-poems published in the very first issue of Common Lives/Lesbian Lives: a lesbian femininist quarterly in the Fall of 1981. I met Jacqueline at UMass through SHL a decade earlier than this publication. We both had come out in bars and wound up hanging out and working  together off n on until  1979. After she moved to California she sent me a bound sheaf of poems to add to the Valley history, among them these four which begin to express her Springfield working class experience in ways we had not yet been able to talk about.

With her permission they are reprinted here: 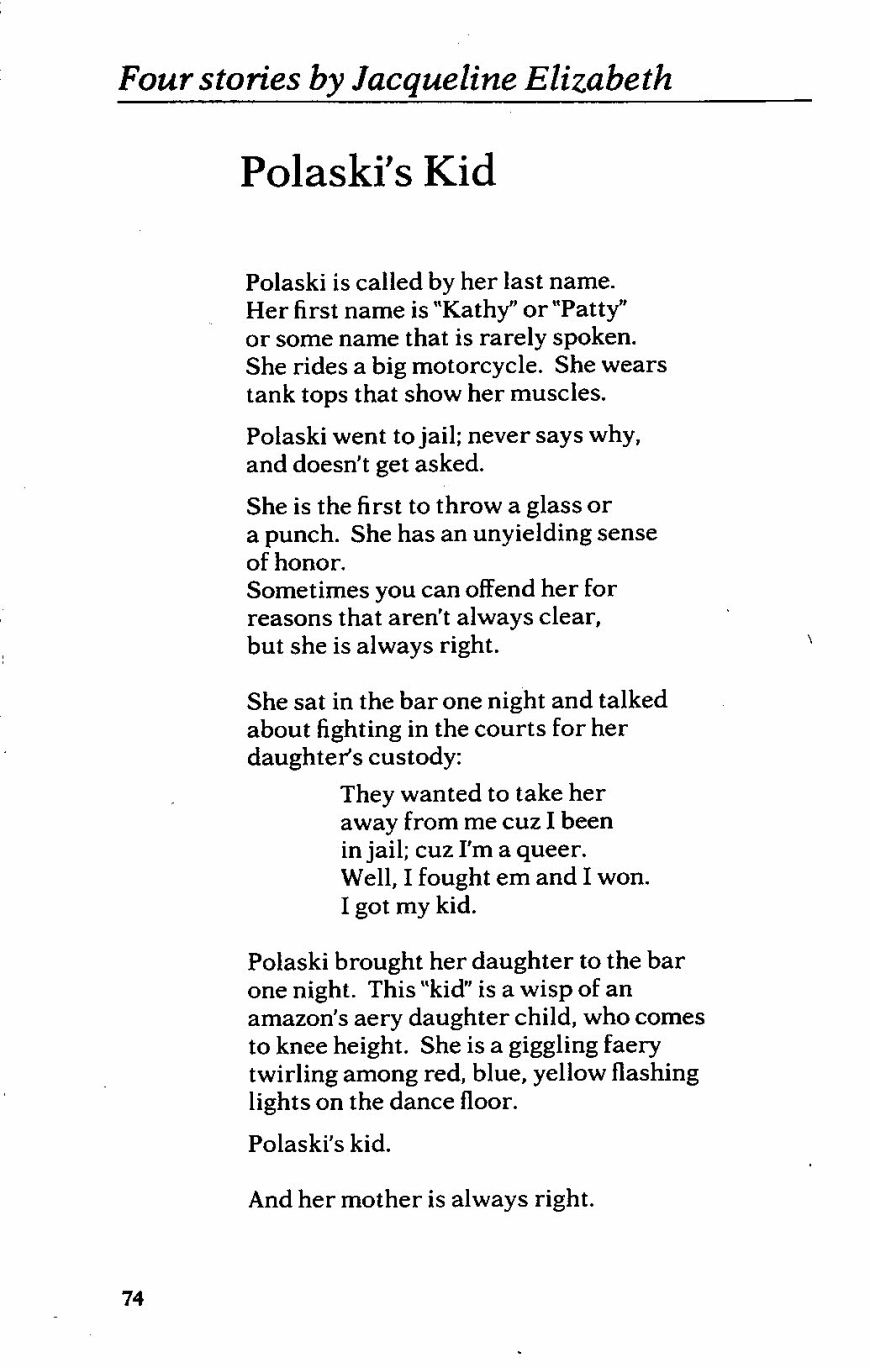