Northampton came late to the Revolution, both the American and the Gay, but for the last thirty-eight years a march, originally in support of lesbian and gay rights, has taken place on the second Saturday in May. That first 1982 march came twelve years after Boston’s first but was finally prompted by the egregious behavior of a US President and Republican-dominated Congress eerily reminiscent of today. That march began as an act of resistance, drawing a wide coalition of allies defending all the people newly under attack. I have previously posted that story and you may want to visit it. https://fromwickedtowedded.com/2017/01/19/election-reflection/

That act of resistance was not without costs. The backlash encouraged across the country by the New-Right reached onto Northampton’s streets. I will be telling that story, as well as the bravery of those who marched the second year, at the beginning of May, when we would usually have a parade and rally. Yes, this year the event is cancelled because of the COVID-9 pandemic.  Another pandemic, that of HIV/AIDS, was beginning and being ignored by a President back in 1983 as well. This blog has only briefly touched on the AIDS epidemic in the piece about former Northampton priest Robert Arpin https://fromwickedtowedded.com/2016/06/03/father-bob/.  Perhaps now is a good time to piece together an AIDS Quilt for the Valley. I would welcome online remembrances to sew together. 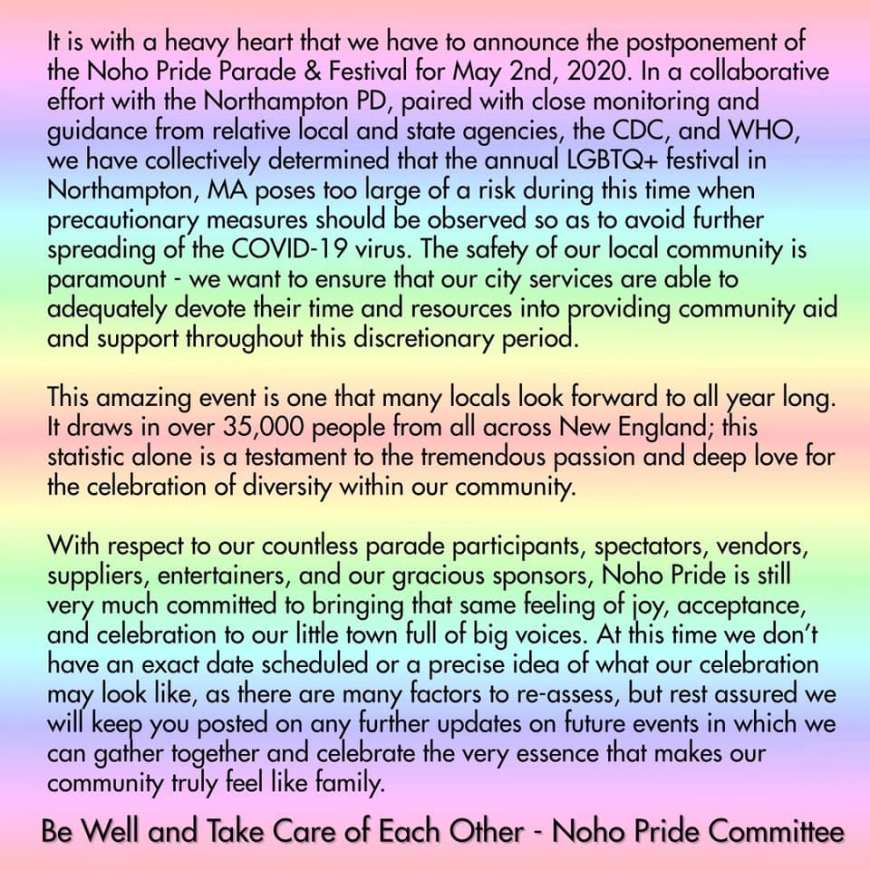